In 2013, 1 child in 83 and 1 child in 87 attending local authority schools in Stirling and Clackmannanshire respectively, was affected by ASD. These figures are slightly less than the Scottish national average of 1 child in 67 and equates to 147 children in Stirling, and 76 children in Clackmannanshire. It is important to appreciate that other children with similar communication and behavioural difficulties, who are not included in an ASD category, may have an ASD diagnosis (Figure below). 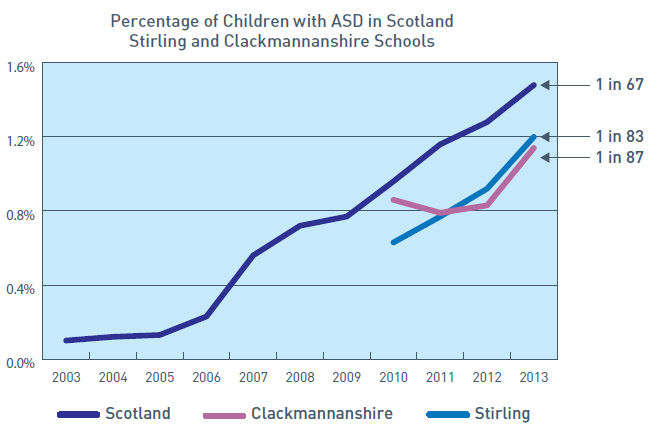 School children with a known diagnosis of ASD, a language and communication disorder, and a social, emotional and behavioural disorder (2013), data available here